Berlin is very much like a pizza..that somebody forgot in the oven for a bit too long. Because they were too busy deciding what to wear for their next drag queen show.

“Hm, who shall I be tonight: Angela Merkel in a mud wrestling costume or Hitler in Jimmy Choo stilettos?”

Now, seriously: Berlin IS a pizza. And every borough is a different slice of pizza, with different ingredients and flavours, on which someone has accidentally dropped a bucket of crazy bastard sauce and some magic mushrooms.

And just the other day, I have decided to take a bite of Berlin’s most trashy-but-trendy pizza slice: Neukölln.

I arrived on Saturday night at Britz hotel, took a shower and plunged into the unknown streets of this neighbourhood, pumped by a definitely temporary feeling of freedom and empowerment. It always happens on those precious 2-3 minutes of the month where I am not constipated, I am not having PMS, I don’t have a stomach ache, and generally I don’t look like a dynamite that has already been used in WWII. 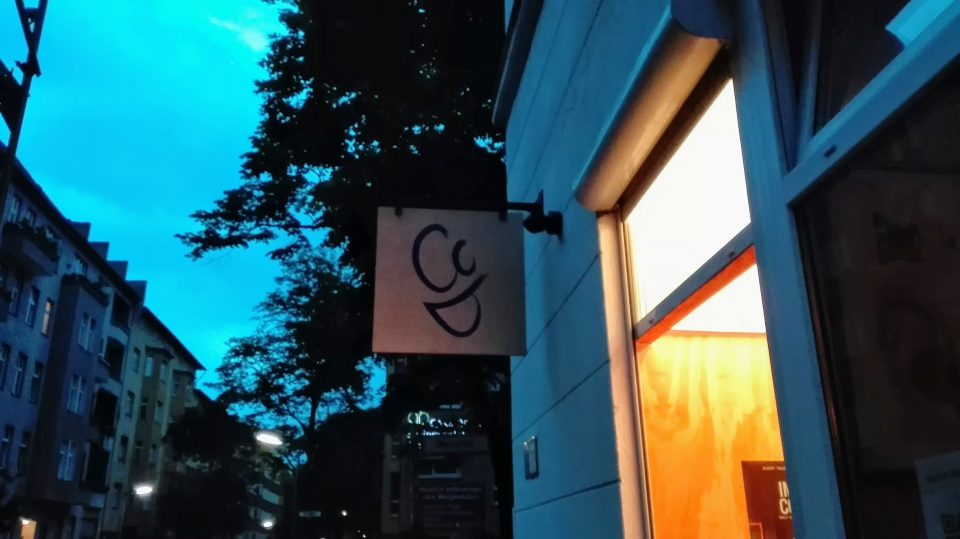 Because I genuinely believe that the right amount of stand-up comedy can replace my Prozac.

I was so happy to finally be in Neukölln, close to this comedy venue. And really expected to get there in a blink of an eye.

Instead I have blinked at least 1000 times and almost cried because I got lost in the intricate street maze of this area. And even Google maps lost its temper at some point and screamed at me: “Don’t go in that direction! What are you doing? I told you to walk carefully, watch out not to step in the dog shit, buy a Döner kebab, have it stamped at Rathaus Neukölln and use it as a ticket in the bus, the tram, the U-bahn, the S-bahn and the Rikscha. Then you will reach your destination. What’s so complicated?”

Finally I got there. 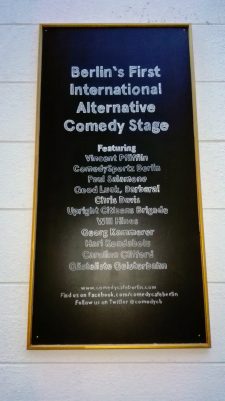 For the Line of fire.  A show with 5 comedians. They are all on the stage sitting on some chairs and just talking to each other. Like they would do in a bar, drinking beer and burping. The MC looks like he has been drunk from the very first day he was born. He’s a natural.

Then there is a woman dressed like a garden dwarf. And she goes: “These are my best clothes. If you invite me to your wedding I promise to come dressed like this.” This warm-up feels like the global warming at the North Pole. People are laughing with relief, suddenly happy they are not on their wedding day.

Then Daniel something stands up. I love this comedian. I have seen him at least 3 times before. But this doesn’t mean I managed to memorize his name. That says something about my brain or his marketing strategy. And I’d rather not clarify this dilemma.

Daniel something is the only one on the stage that has great tempo, delivery skills and quite a few bits. He shoots: “You know when you are really, really broke? When your wallet gets stolen and you go Shit, i had my deo in that bag. Now I’m gonna be broke and smelly as well”. And from that point on, the 6 euro entrance fee didn’t feel like a charity donation anymore.

Next stop: Noize Fabrik on Elsenstraße 52

It is within a 10 minutes walk from Comedy Cafe if you obey to Google maps. The air was refreshing. That kind of vibrant summery air which could make you say “What a great, kick-ass air!” even if you lay on a table for hemorrhoid surgery.

I sprinted through the small streets and quite soon I have reached Landwehr Canal and crossed a fairy tale like bridge from Innstrasse to Elsenstrasse. 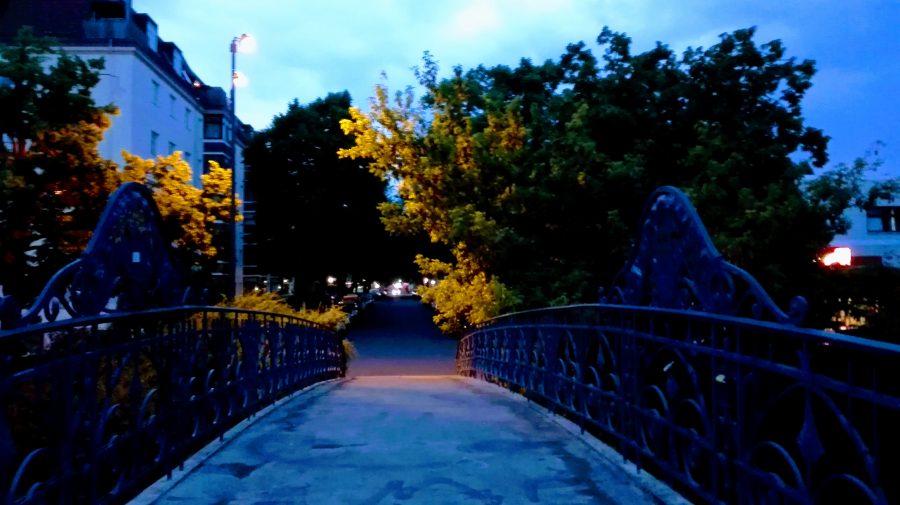 When I got to Noize Fabrik, right at the entrance, I bumped into a tall, dark stranger, dressed up from head to toes in a black latex suit. “Hm, I wonder what instrument is this guy playing? A whip?”

Inside the venue, the artistic “hostilities” had already started for the Musik Hackspace Berlin Launch Party

On the stage there was a guy called Robin Sukroso, speaking about one of his youtube videos that had over 2 million views. And it was not a funny cat video. It was a funny dog video 😀

No, it was actually a presentation video of his musical invention:  a device called ACPAD –  an electronic pad that you can attach to your guitar and make it sound like the wind in Siberia doing karaoke 🙂

The talk was followed by a live performance. You can see right away that SukrosO is a virtuosOOO. He is a highly educated musician (a graduate of the Conservatory in Bavaria) but on stage he is a burning man. He performs like a possessed gypsy musician who’s playing so intensely that he could set his cimbalom on fire. As much as the ACPAD device is cool and everything, the story behind its creation can actually change your life if you are open to get inspired. I found the full story while searching for ACPAD music on youtube. Here it is. A great example of how some people succeed to turn their dreams into reality just by asking the right, the better questions.

Needless to say, I went back to my hotel animated by a strong desire to play a bigger game in life.

Early breakfast at Britzer hotel. A breakfast included in the price of the room 🙂 And you know that feeling when a meal is INCLUDED!!! A feeling of pure unaltered joy in front of the all-you-can-eat buffet. Old, wrinkly, tomatoes on the brink of retirement? Bring it on! Canned fish since the time your grandmother was a virgin! Bring it on! Insect sandwiches? Bring it on! Because it’s.. INCLUDED!!! I looked around and sat at a table near the friendliest person in the room: a fish! 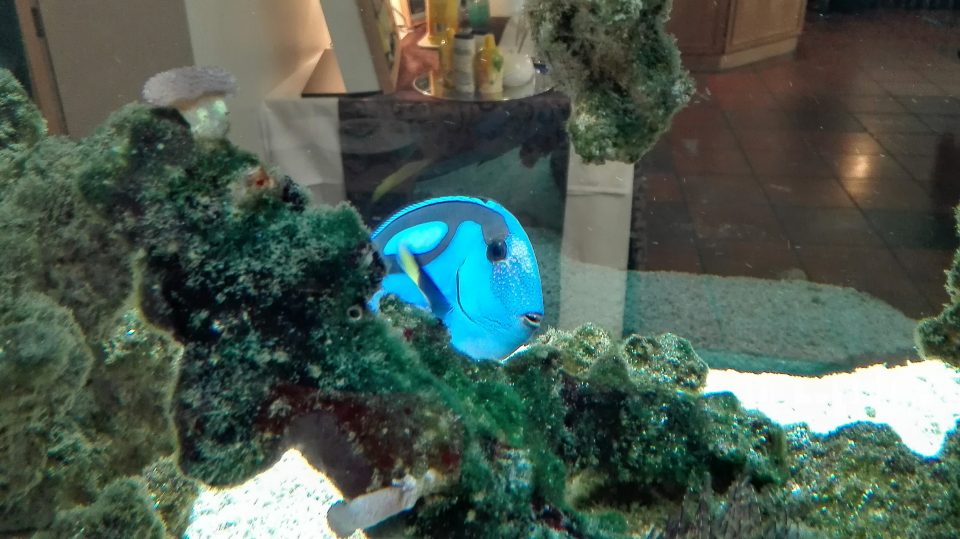 And against all odds, I got out of there alive and kicking eager to explore Neukölln. Oh, yes, I am going to see Schillerpromenade and Tempelhof Field and Horseshoe and Britzer Garden and Richardplatz and Klunkerkranich and…and..

But first let’s relax a little. What’s the hurry? I called a cab and took refugee in a popular tiny little café: Two and Two on Pannierstrasse, no 6. 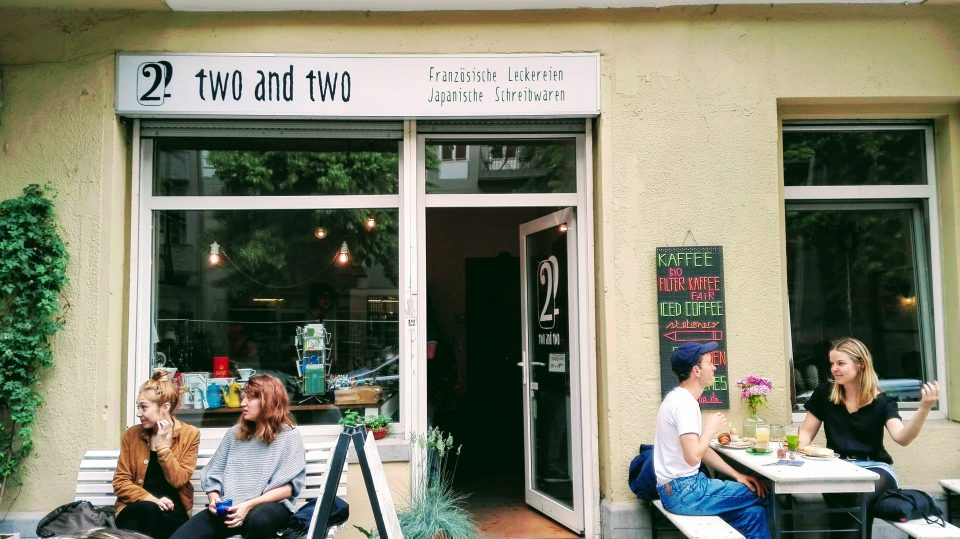 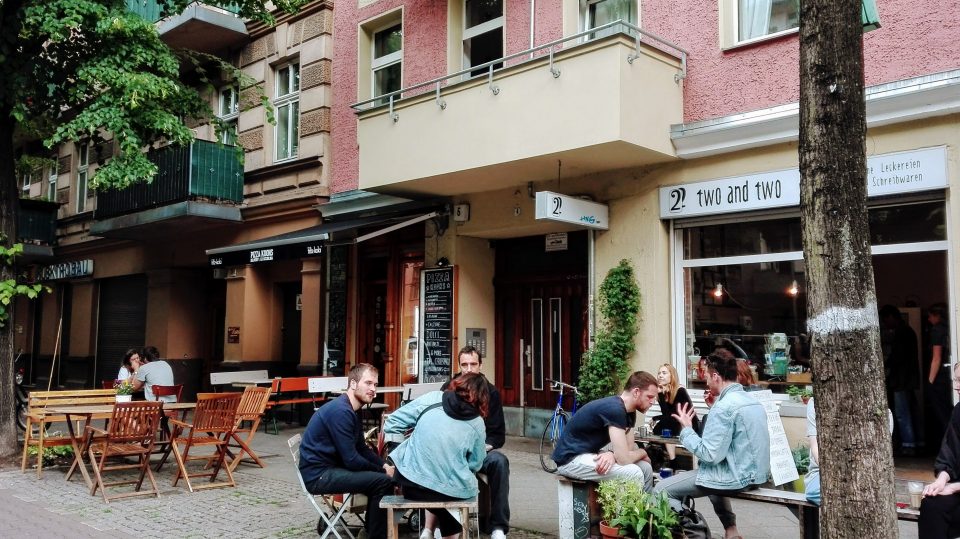 It’s a French café with a Japanese touch. That means the French cheese sandwiches are so challeging for the nose that you might consider a harakiri. No, not really, they just give you a Samurai sword as cuttlery.

I ordered a salmon sandwich and it was brought wrapped up in a very minimalistic kimono: a thin rope. Arguably one of the sexiest salmon sandwhiches I have ever eaten. Really delicious. 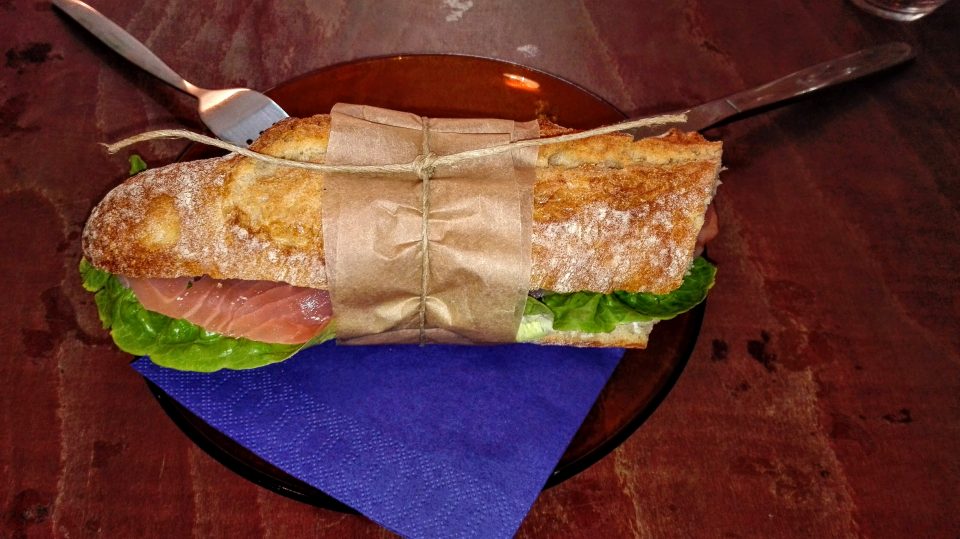 And while I was chewing it dilligently, my eyes fell on a big picture on the wall. And that was it ! I couldn’t take my eyes back. I started a long diplomatic negotiation process with my eyes trying to get them out of there peacefully. C’mon, let’s go, we have other things to see. The Horseshoe, remember? The Schiller’s Donkey..No effect.

For hours on end my eyes remained riveted on that photo because it helped me finally understand the meaning of life. 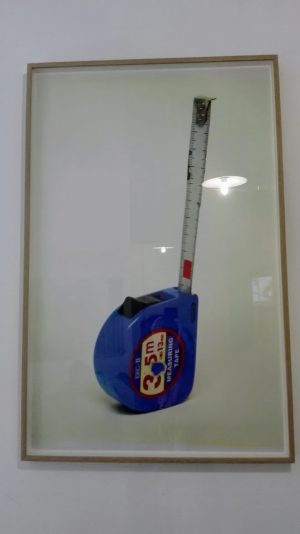