Have you ever really watched a river?

I remember this line from a TV sketch I saw many years ago. There was this painter who kept trying to become successful and kept failing. Until one day, he decides to just paint some basic dots and stripes and use some flamboyant titles for the new “paintings”.

This catapults him to overnight fame with people asking him during his exhibitions: maestro, how did you reach such an amazing degree of essentiality? And he would always reply with this question: “My dear, have you ever really watched a river?”

I laughed then hearing this pompous line meant to puzzle the snobs. I am not laughing now. Yes, maestro! I have REALLY watched a river. Let me give you some proper numbers: I watched a river 30 days in a row, a dozen times per day, both from inside and from outside my house.

I have spent my Coronavirus quarantine all by myself, in an apartment by the river Dahme, in Kopenick, on the outskirts of Berlin. And I think I am in a position to say I have “really” watched a river. 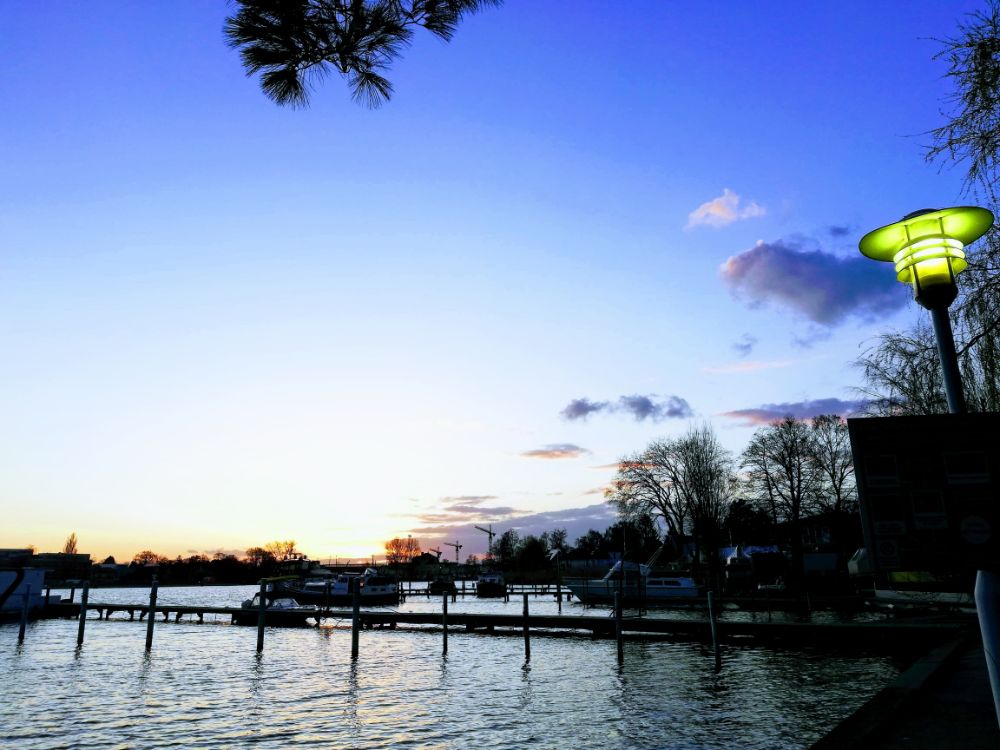 I didn’t start to paint any polka dots. But I did engage in some intense conversations with the ducks. They were the only ones not giving a damn about social distancing. 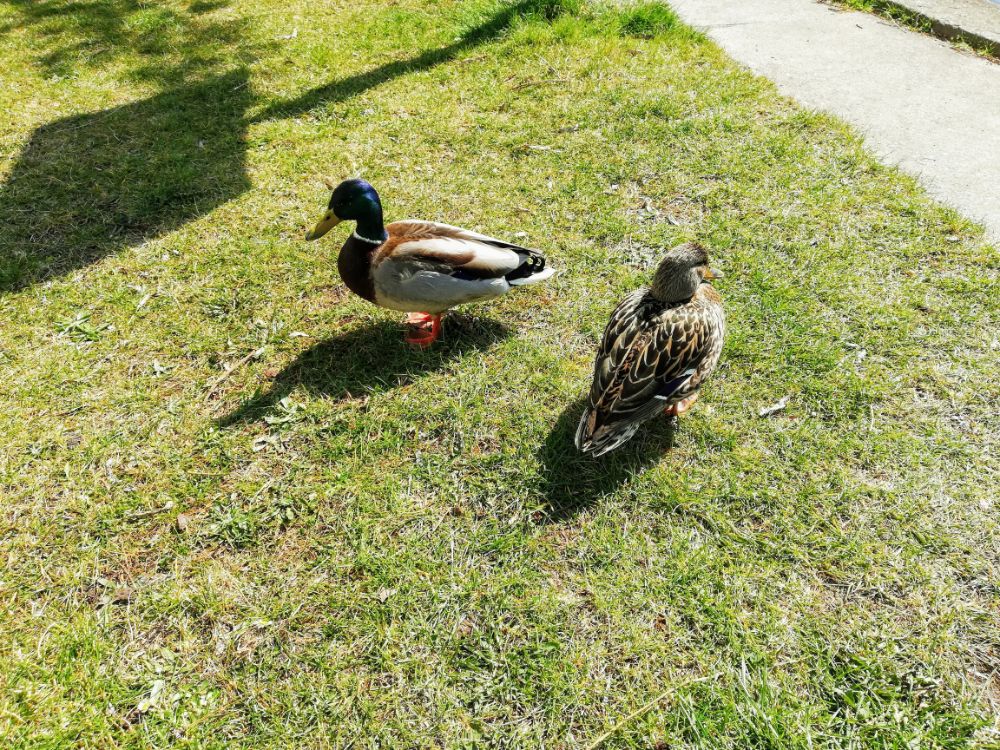 Let me give you my main revelations after carefully observing life by the river Dahme, in a tiny spot of the Wendenschloss neighborhood.

First of all, my apartment was located right by a small yacht harbor and every day I could see how people were bringing their yachts and boats back on the water, after the winter break. For 120 euro you could even rent a houseboat from the local company called Robinson Floss. 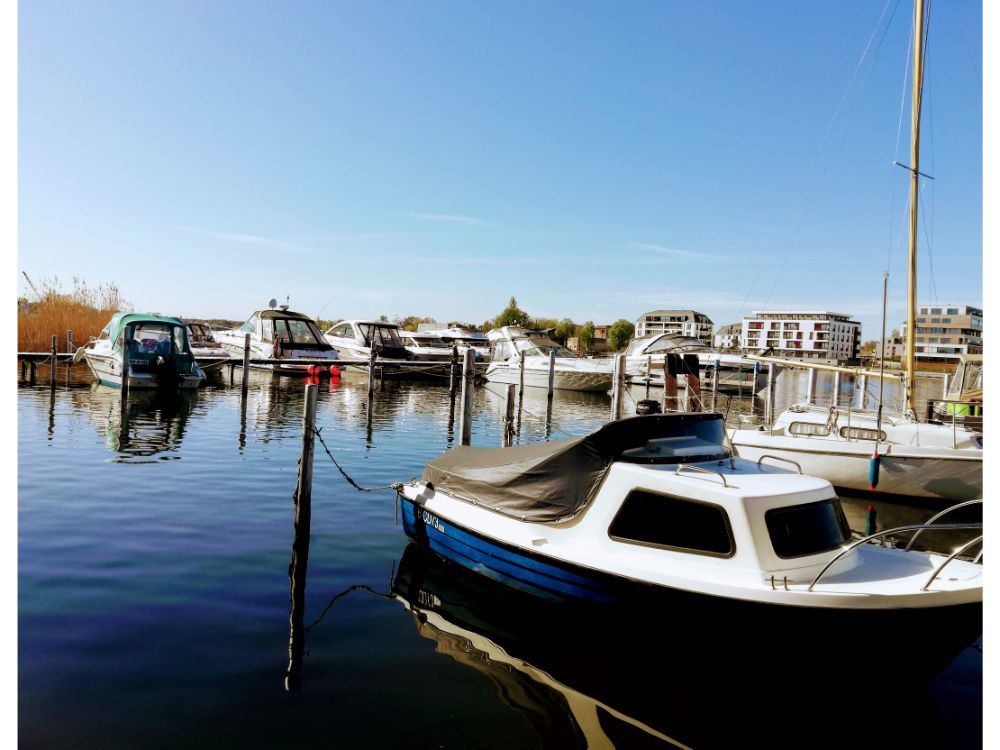 When I first saw their name, I immediately pictured Robinson Crusoe on his desert island turning into an ingenious entrepreneur and selling dental floss to the crocodiles. You know how crocodiles are so dependent on those plover birds to clean their teeth.

And there comes Robinson making them an offer they can’t resist: “Guys, picture this, no more annoying birds around your mouth! No more listening to their annoying chirping. Starting today I can set you free from this misery! I’ve got the solution, check it out: Robinson Floss! The best dental floss ever! It’s silky, it’s noiseless, it’s a miracle! If you buy it today, I have a special bonus for you: coconut juice mouthwash!” 🙂

Despite the numerous yachts popping up one after another on the water, they had no party animals on board yet. The real party animals were in the reed! 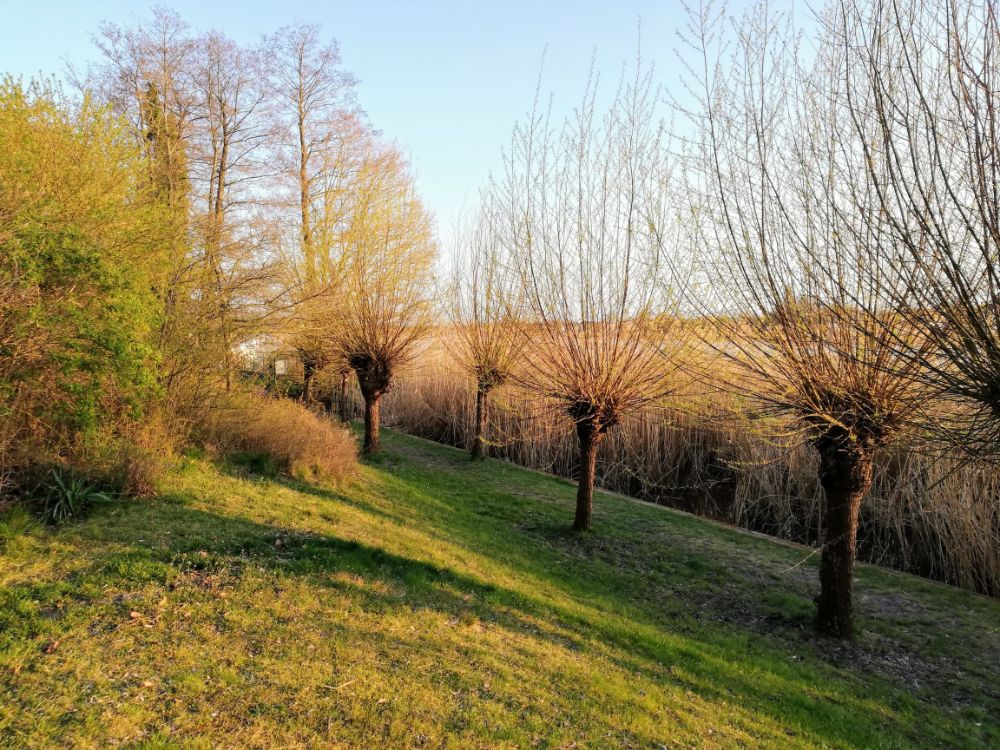 I have never lived by the river before and hence could never really observe the intense “nightlife” taking place in the reed which grows at the waterside.

Especially after the sunset, if you only spend a few minutes there, you will agree that it must be the animal equivalent of all the Berlin night clubs. There is so much life in that natural microhabitat on the border of the river. There is a multitude of small creatures and birds partying out loud. 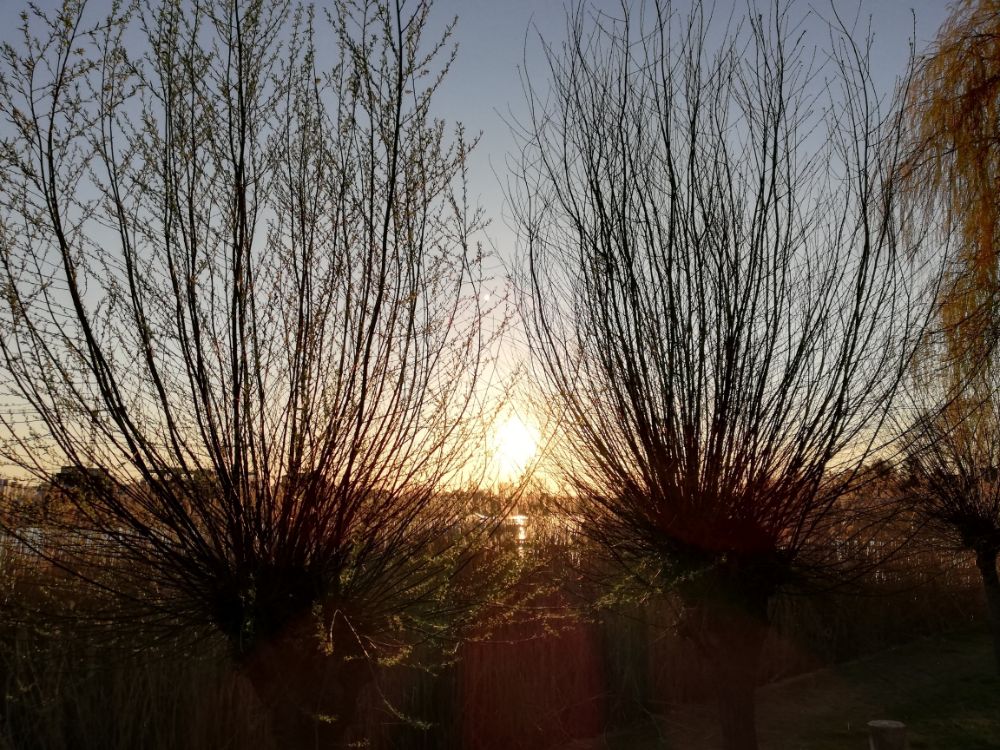 I was truly surprised to see that ducks can fly!!! Not only a few meters and then they’re dead. NO! Wild ducks fly like there’s no tomorrow, passionately and the best moment is when they are landing on the water surface and make a funny noise in the process, like when you’re hitting the brakes on a..tuk-tuk.

Seriously, if you have never seen a duck landing on a river, you lived in vain. It’s a treat! It has officially become my favorite sound.

Rolling on the River. What Tina Turner didn’t mention.

I am currently in the process of taming my brain with attempts at meditating. I get bored after 3 seconds all the time. I try to trick my mind by visualizing stuff. Like donuts 😛 I conjure up a stack of donuts and start to count them. I lose focus after the second one. 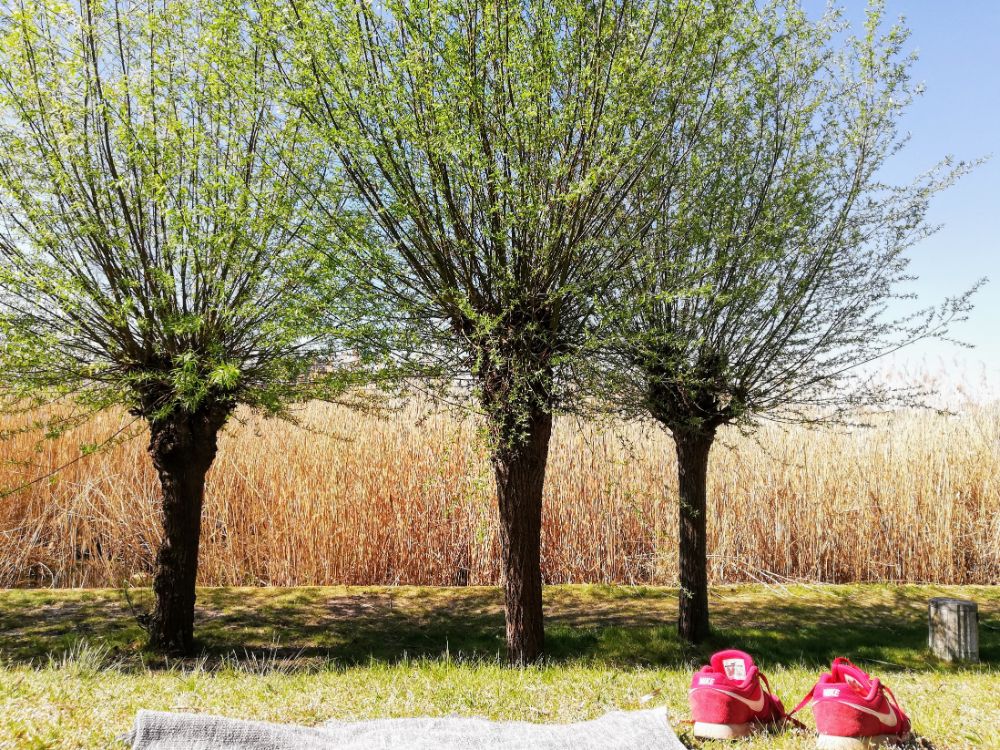 One morning during this quarantine I was outside, by the river, counting those donuts in a very meditative way. And then I opened my eyes, glancing into the distance, on the water. Although I was no longer “meditating”, a nice state of calmness and relaxation took hold of me.

And no, it was not due to meditation, but because I was watching 2 people rowing with incredibly synchronized movements in a canoe boat. Their timing and rhythm were perfect and the movement had something serene and therapeutic.

The canoe was gliding on the water surface in a dreamy way. And despite the sliding the two people seemed calm and grounded. Magic! For a moment I thought: this is the secret to happiness! It’s like meditation on steroids. Although in my case this would mean counting a huge pile of donuts, muffins, brownies..

During this whole month that I spent by the Wendenschloss Yachthafen in Köpenick, I had the constant feeling of hanging out on the deck of a gigantic cruise ship.

The building I was living in was part of a residential area where the architecture had an interesting marine theme. It was pretty cool to look out of the window and see all those symbolic details sending subtle signals to your subconscious and seamlessly transporting you on Titanic 🙂

Some windows were circular, evoking a porthole. The balconies had a triangle shape, like a bow on a ship. And the top floor also resembled the upper side of a ship. 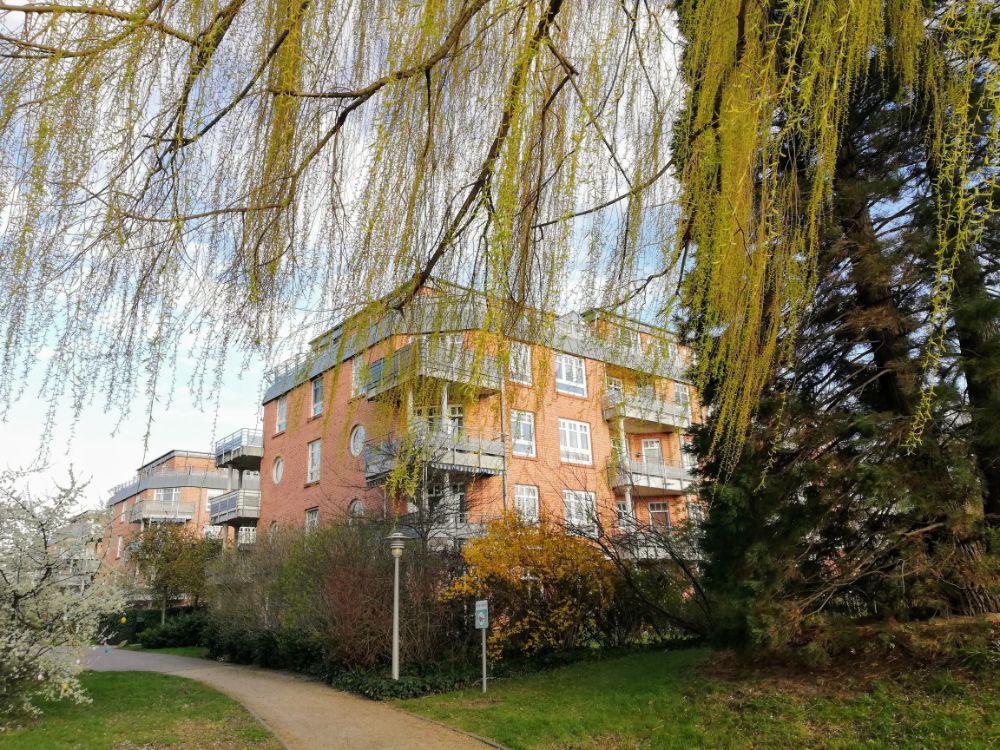 I usually run in the morning. During my stay on the “Titanic”, the most exciting part was to go through the gorgeous natural gallery created by the branches of blossoming Japanese cherry trees. 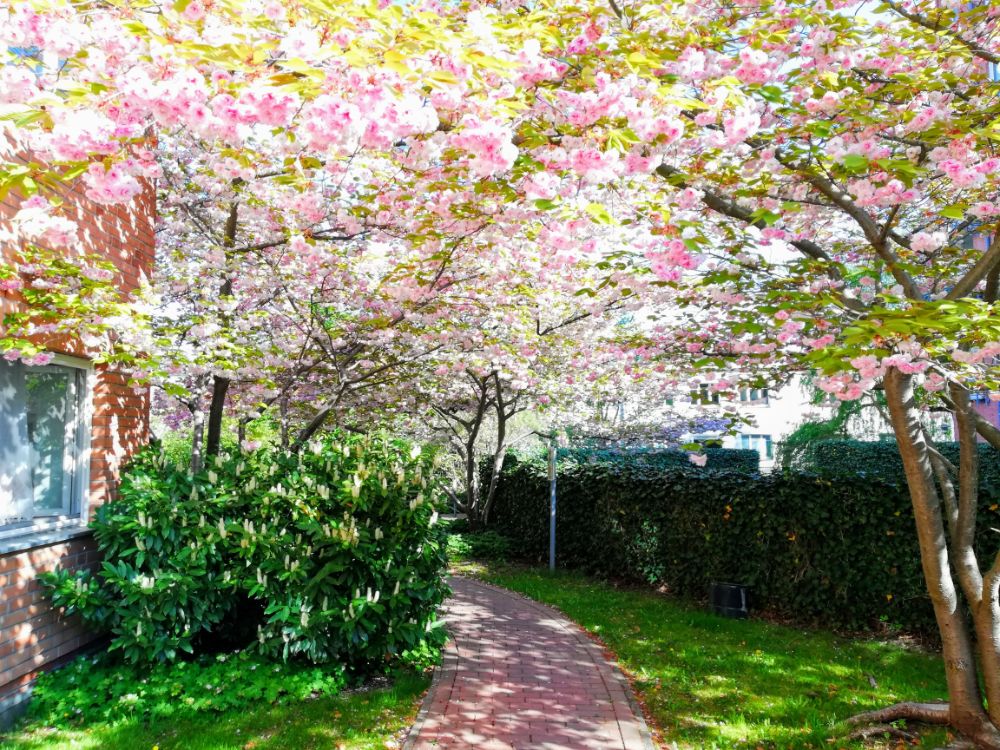 To my great shock and disbelief, the Universe shoved the proof in my face that I had a wide world famous neighbor –  Don Giovanni, that Italian seducer, the brother of his Spanish counterpart, Don Juan.  Ha, ha, I always wanted to meet a master pick-up artist! 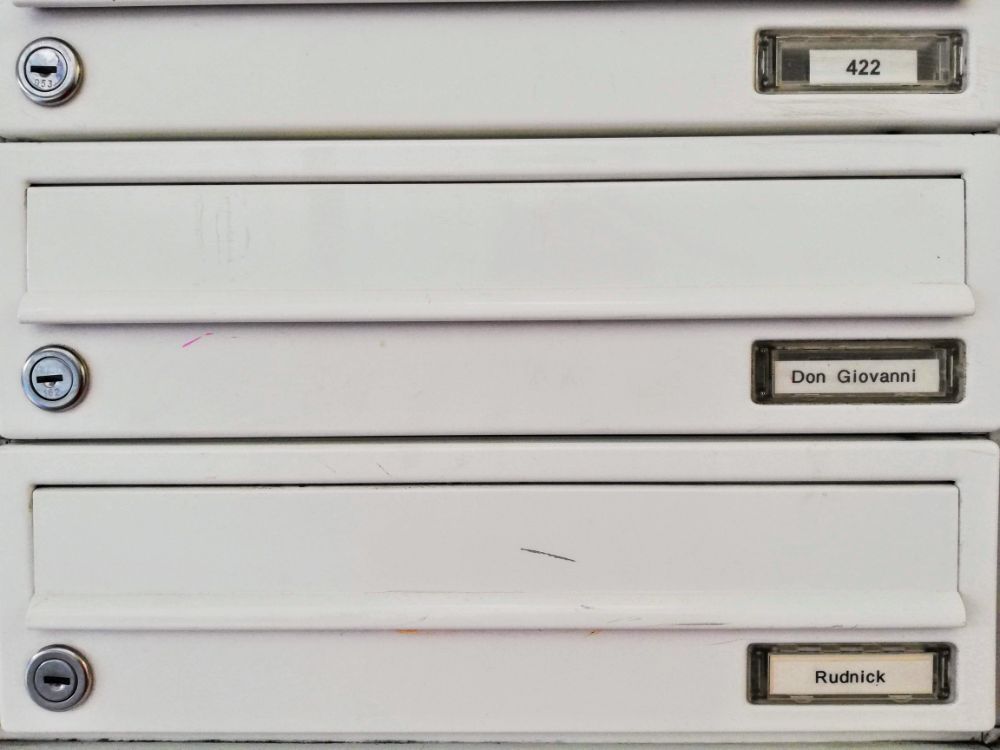 I started to pay more attention around me in an effort to spot the face of Don Giovanni, from under his Covid-19 medical mask. But no result. Until one day, when swiping on Tinder, I stumbled upon the profile of a man called Don! Ok, I get it, dear Universe, it’s quarantine, it’s an economic recession, we have to downsize and downshift, so you only sent half of Don Giovanni my way. Only Don, for now, Giovanni later. When a new virus hits the planet.

Unless, Don is something like a matryoshka doll. It’s Don on the outside and then Giovanni deep inside.

Those were pretty much the highlights of my nature retreat quarantine. Despite the social distancing, I must confess I did make some friends. Here they are: 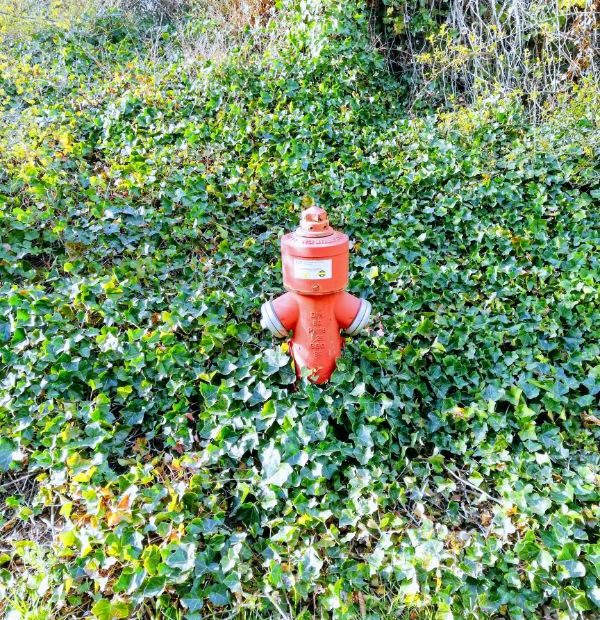 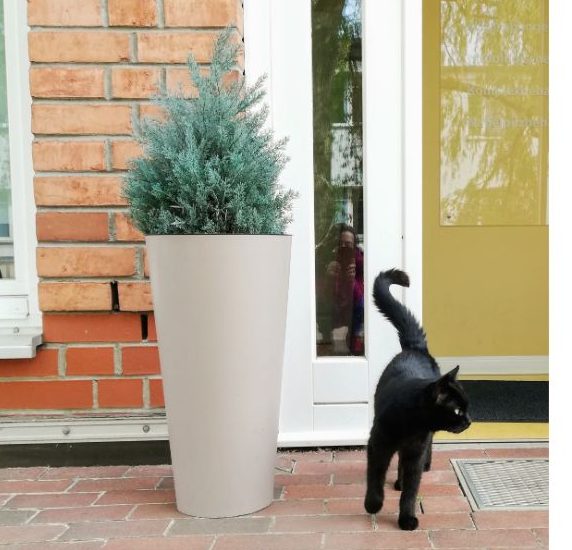 I must say that I am super happy to have found such a great nature refuge for my Coronavirus quarantine. I rented the studio on Airbnb and it had everything one needs for a decent stay. It even had a glittery kitchen splashback and a huge King Kong size bed that could easily qualify as a museum piece 🙂 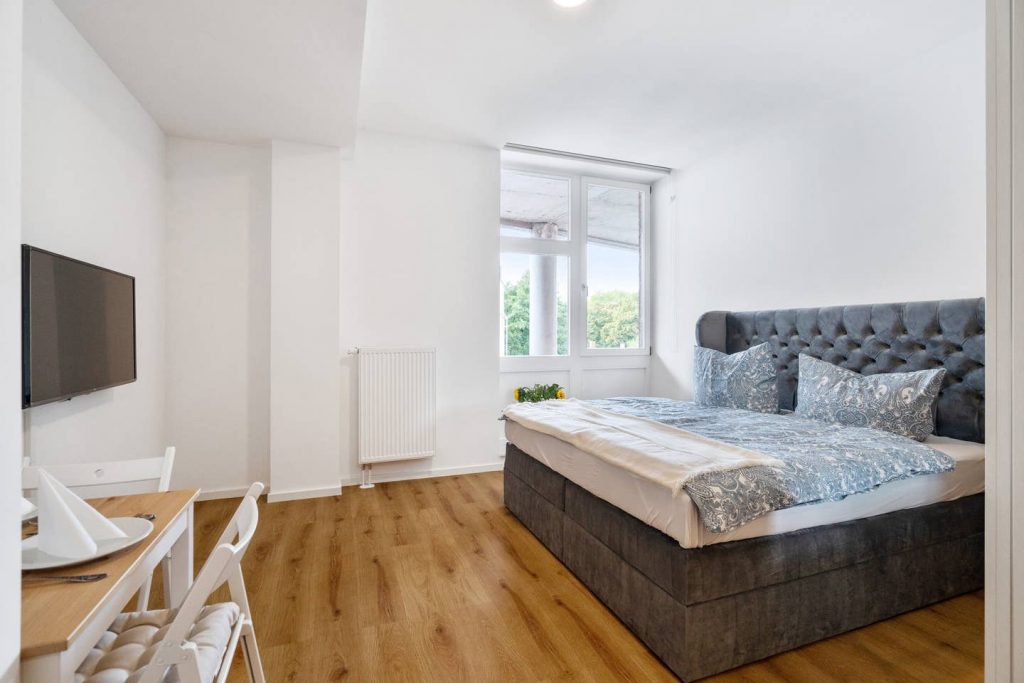 This studio could be a great option for a weekend break in normal times. It is close to the yacht harbor so you could rent a boat and enjoy the river, and it is 30 min walk from the Müggelsee lake and Köpenick, the old city. In my last days there, I explored these both areas with a bike. It was wonderful.

2 Thoughts to “Quarantining by the River”