Do you fancy a lovely day trip from Berlin, inexpensive and uncomplicated?

Me and my friends certainly did.

We’ve recently taken a trip to Brandenburg, a city in ..Brandenburg 🙂 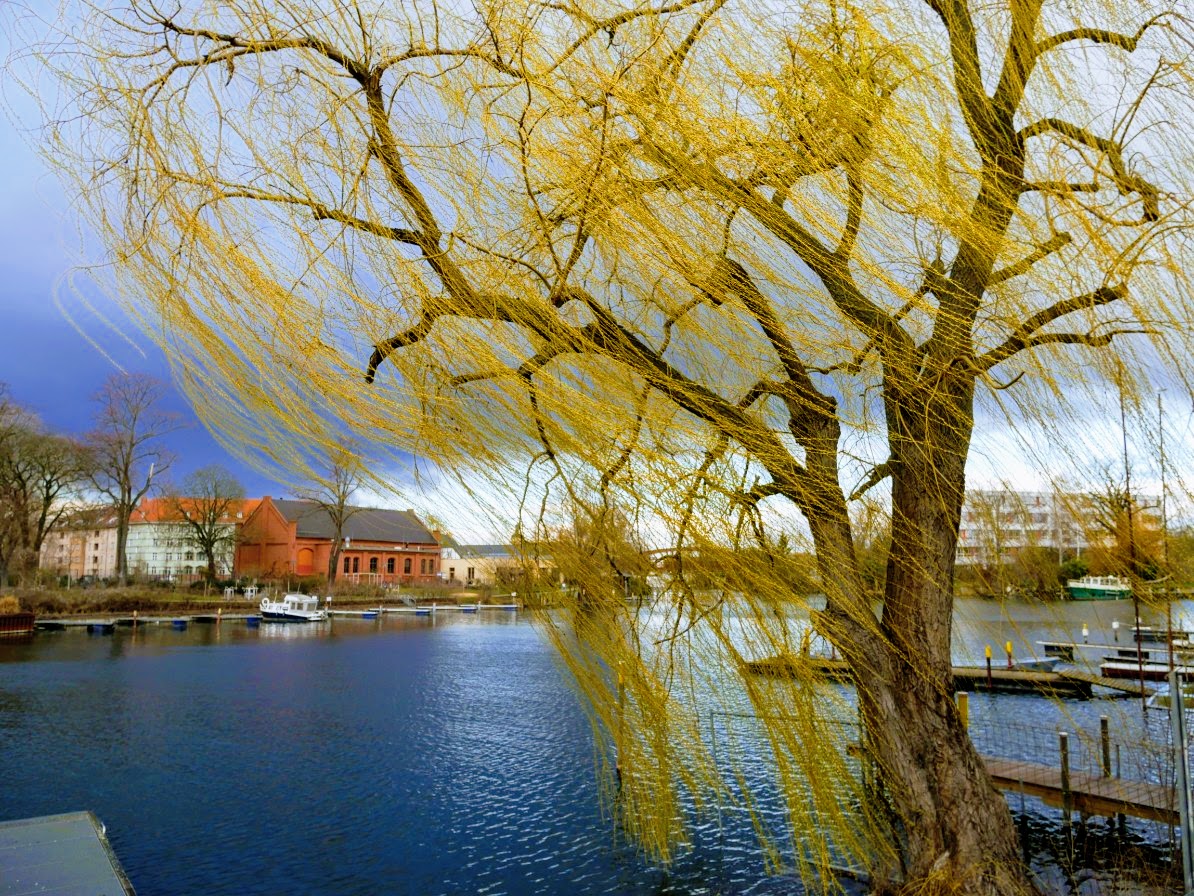 No, we were not drunk and this is not a mistake. The small city we visited is called Brandenburg an der Havel and it lies in the federal state of Brandenburg.

As a curiosity, the city of Berlin is entirely surrounded by Brandenburg (the state) and it looks pretty much like a pancake in the middle of a Brandenburger pan. So no matter in which direction you will decide to exit Berlin, you will end up in the giant arms of its encircling neighbor. 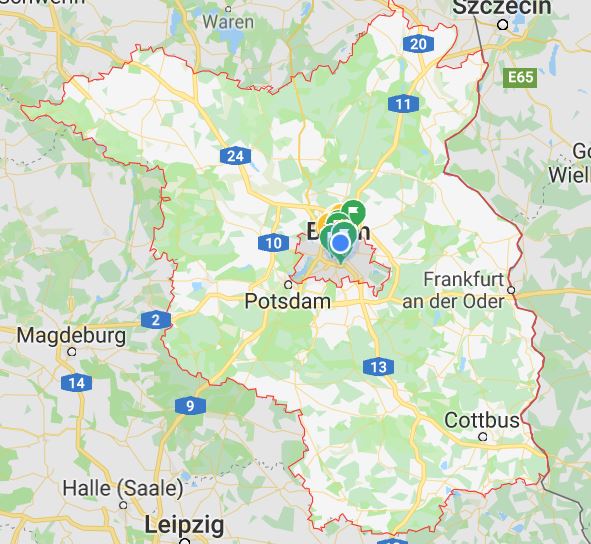 The good news is that Brandenburg resembles an oasis of gorgeous natural and historical sights, where you can explore beautiful forests, pretty villages and medieval castles everywhere.

But I personally was not aware of that.

We reached Brandenburg an der Havel very easily, for it lies roughly only one hour away from Berlin, if you travel by train or by car. While we didn’t expect much of our trip, we were very surprised to discover a little known gem of a city with a distinctive charm.

So here are the best tips to make the most of this city in case you decide to visit as well.

Take the train RE1 from Berlin Central Station (Hauptbahnhof). It goes through Wannsee and Potsdam then finally takes you to Brandenburg, Hauptbahnhof. For more specific details, you can safely rely on google maps. The directions offered are accurate.

I particularly like taking the train because its sound and motion have an intense therapeutic and balm-like effect on my mind. So basically, it helps me save big time on the psychologist’s bill 🙂 Plus, it’s eco-friendly.

There are three main areas of the city to visit:

The city of Brandenburg lies on the banks of the Havel river. This river is certainly not your typical river. It forms myriads of lakes, channels and sleeves on its meandering way.

In fact, many of the lakes in and around Berlin are basically created by the Havel river: Tegel see, Wansee, Templiner See etc. It’s no wonder therefore to discover that Brandenburg is a city shaped by water, looking like a subtle network of tiny islands.

The first target on our sightseeing list was not surprisingly an island :), the oldest part of the town: the Dominsel (Island of the Cathedral).

When you step on the Dominsel, you practically step on a small nucleus of present-day Germany.

The island was first inhabited by a slavic population (the Hevelli of Havellanes) which had built a fortress there.

But in the 10th century, the Germans conquered the fortress changing the fate of the entire area forever, for it would later become the Margraviate of Brandenburg, one of the main principalities of the Holy Roman Empire (the medieval ancestor of modern Germany).

Today on the Dominsel there is the huge gothic Cathedral of Saints Peter and Paul. It was closed when we got there, so we could not see it on the inside.

But what we loved the most was the walk to reach the Dominsel. It was a most lovely stroll along the city, an excellent way to enjoy its peaceful atmosphere and beauties at slow pace. 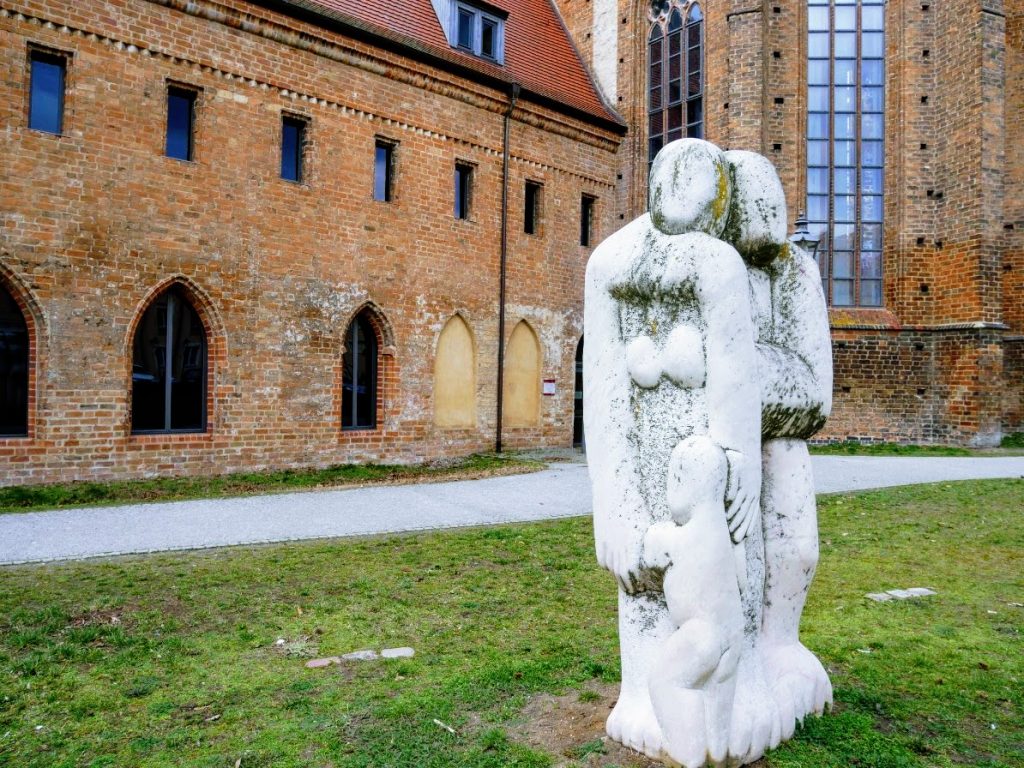 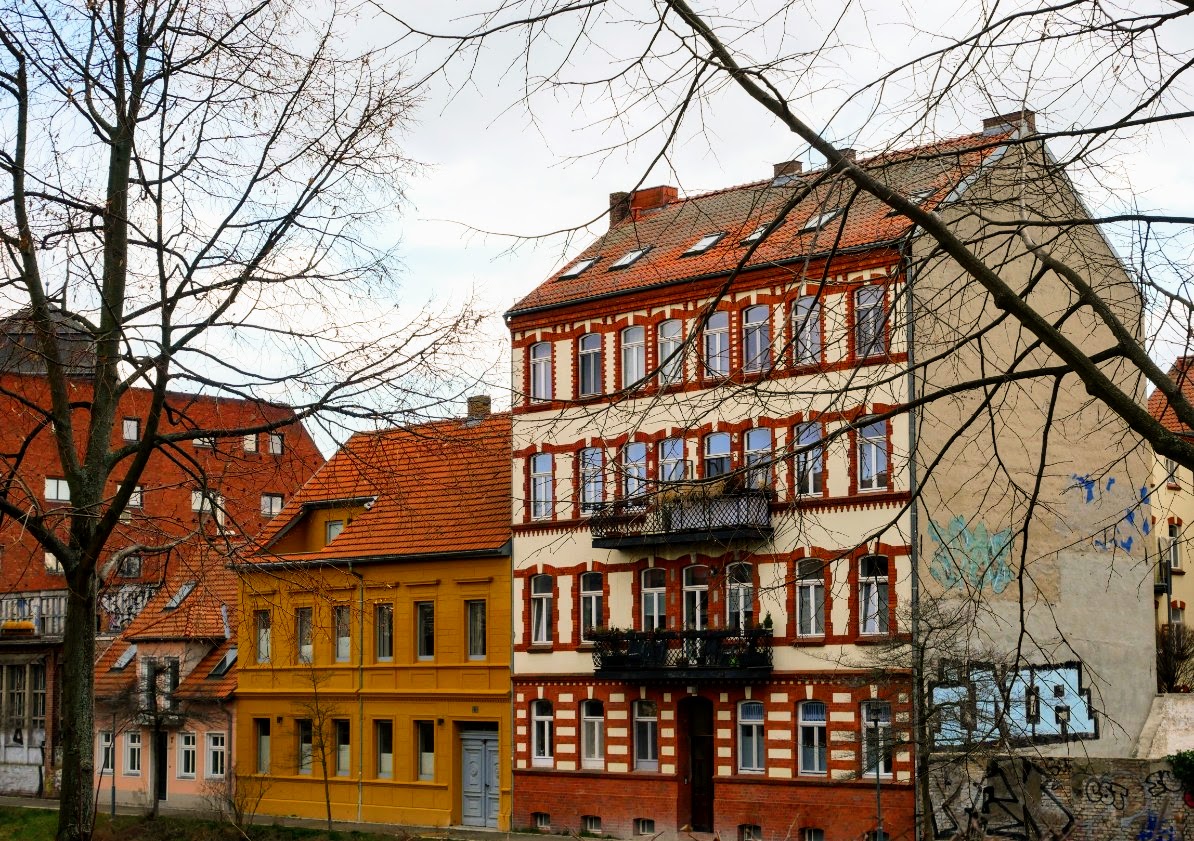 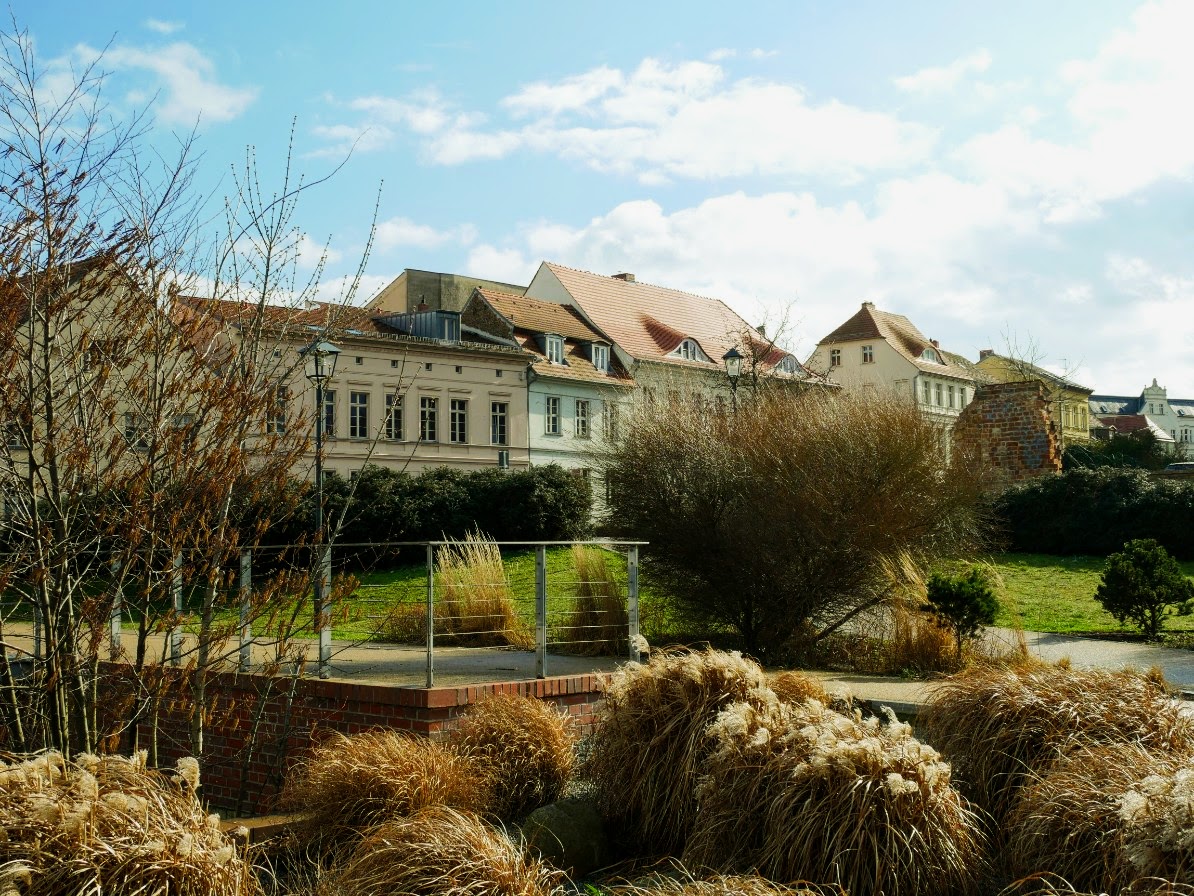 Not far from the Dominsel, if you walk further on the Krakaustrasse, you will find a typical German garden colony by the water. This is a unique German reality: walking through those neat, peaceful gardens feels like an immersion into a tiny idyllic village, faraway from the noise of the cities. 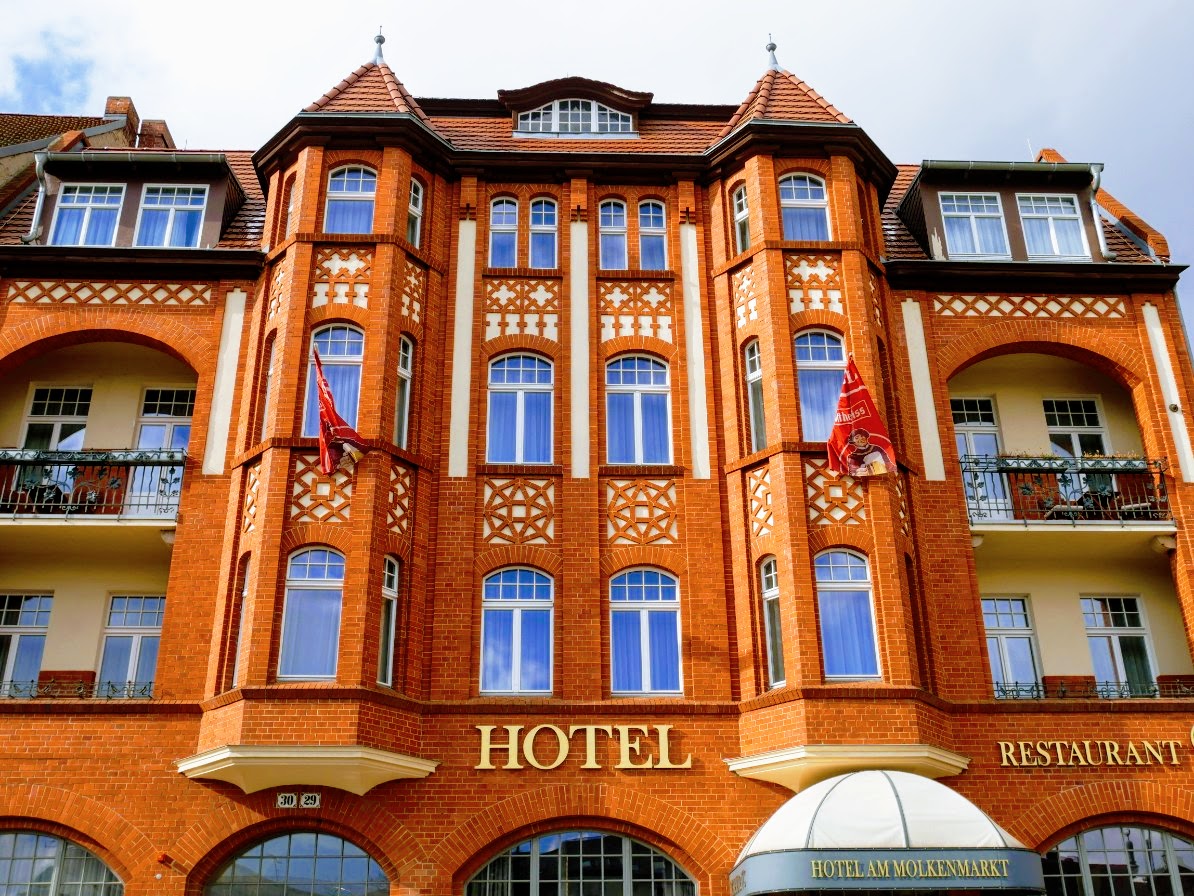 The Altstadt (Old City) is full of brick Gothic style architecture and offers you the chance to enjoy a car-free street – a charming medieval street where only the tram is allowed now as transportation middle. That street is packed with exquisite artisanal small shops, quite different from their hipsterish, flashier versions in the bigger cities, like Berlin. 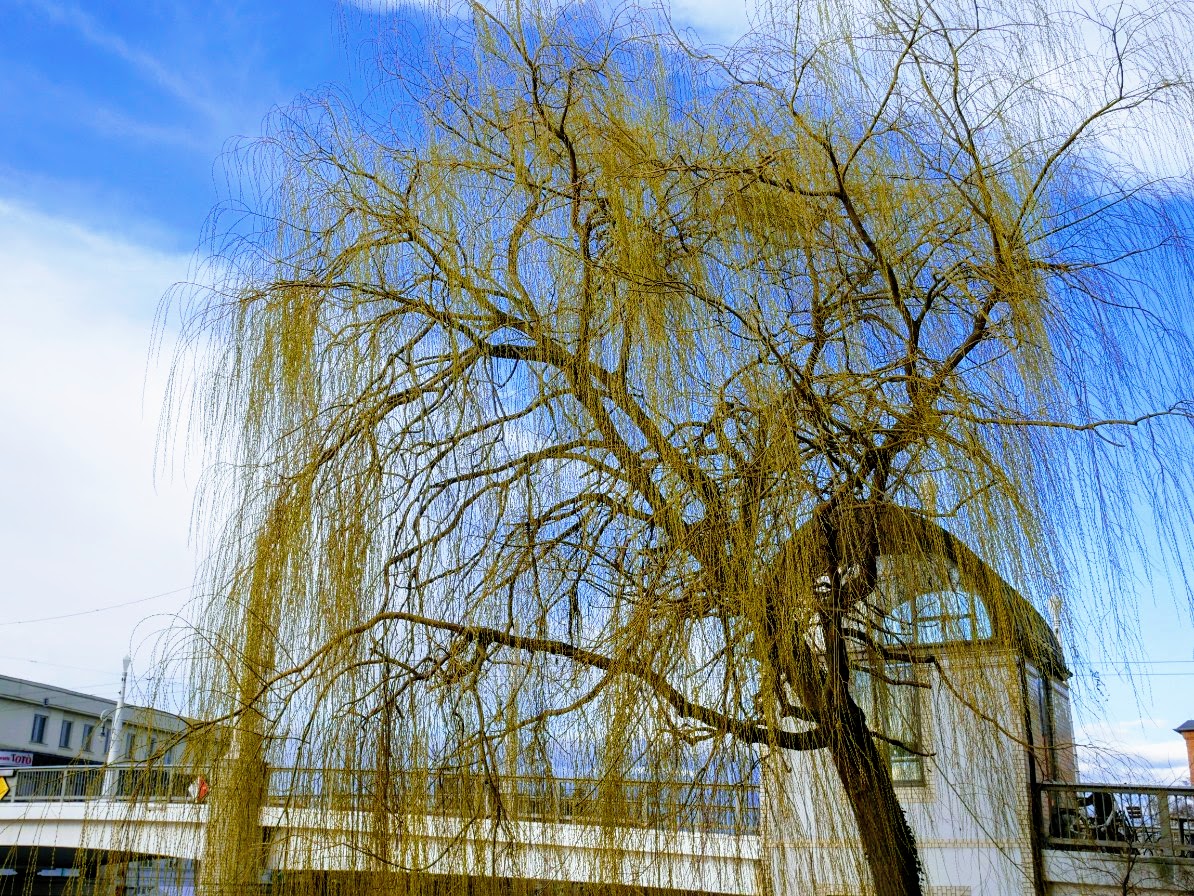 The Neustadt (The New City)

We didn’t get to see this part of the city and all because of a misunderstanding .)

We thought it’s called The New City because it was recently built and we will only see recent architecture, especially ugly communist architecture. So we didn’t go. Only later, while reading more about the city, I found out that the Neustadt is also an ancient area, built at the end of the 12th century as a strategic spot on the main trade route from Magdeburg to Spandau.

Where to eat or have a coffee?

We had a great meal in a lovely, pig-themed restaurant, quite hidden but super welcoming: The Schweineschnäuzchen. 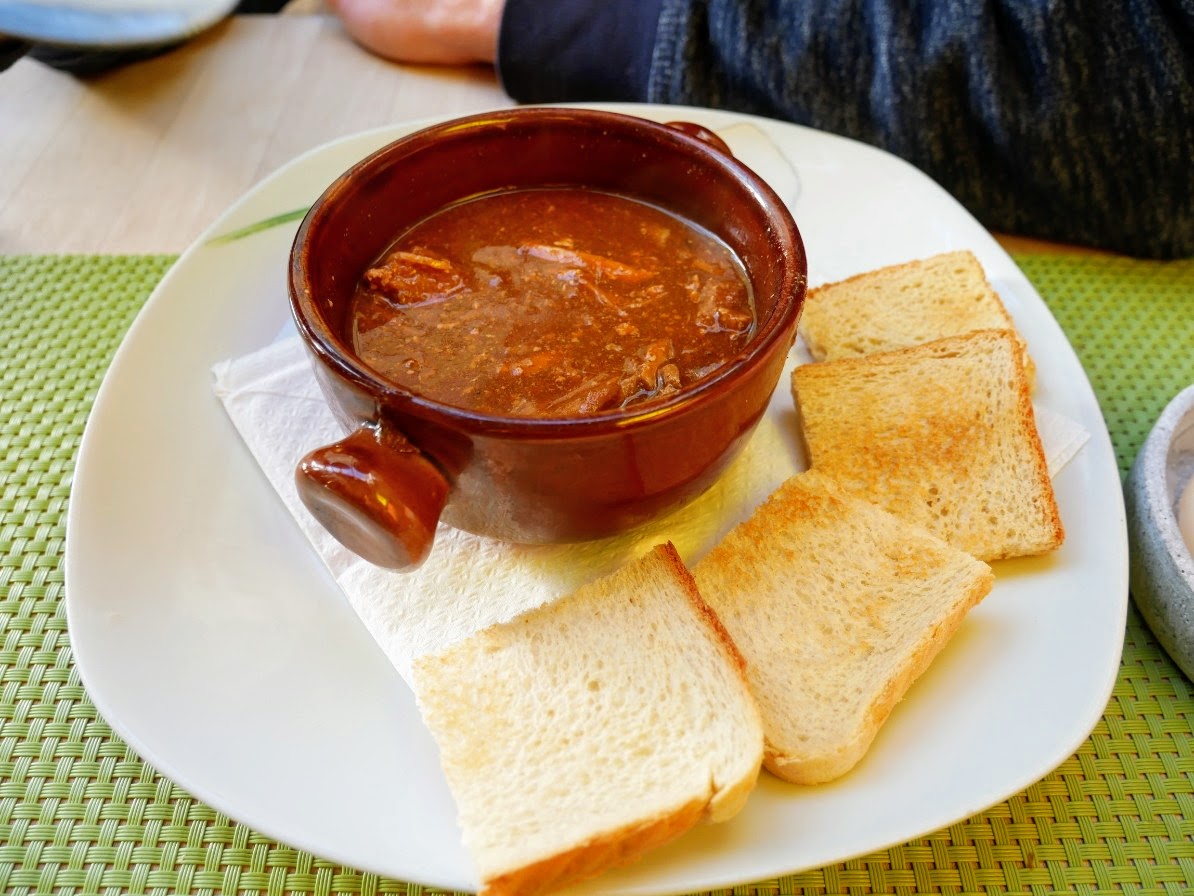 At the back it had a veranda with a transparent roof and full wall windows which was the best gift of the day: we could enjoy the warm sun rays while eating. For a nice coffee and cake we stopped at the Coffee Corner cafe. 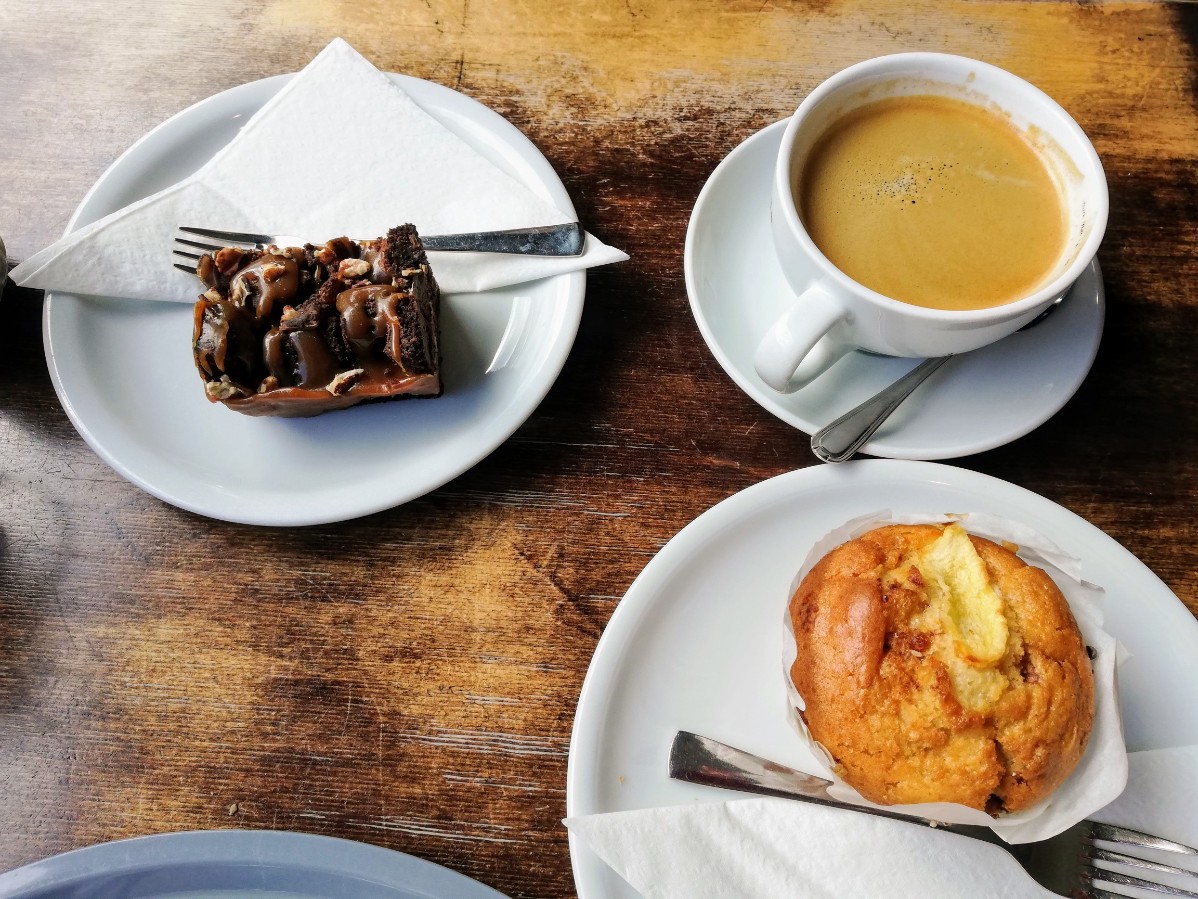 Extra tip: When you arrive at the local train station, please don’t leave without visiting the toilet. It will set you in a great mood by its deep relaxing meditation music played in the background.

This was the most enthralling and relaxing public toilet I have ever seen. It would be great if all the toilets of the world had this kind of music.

The more I think about it, the more I wonder why this is not the case. It seems so..elementary, my dear Watson. I feel like making an online global petition for introducing meditation music in public toilets.

Go on a sunny day with repeated rain showers, drizzle and a little hail 🙂

This is not a joke. We had an unpredictable but unexpectedly pleasant weather. Every rain shower was followed by sun rays and sometimes it was even raining or slightly hailing while the sun was shining.

We totally loved it because by a stroke of luck, the rain showers caught us mostly inside, taking a break drinking hot tea and eating cakes.

But rushing to escape the imminent showers got our adrenaline pumping and the exploration felt much more exciting.

Besides, the light and the sky after the short bursts of rain had a special glow illuminating the city in a magic way. It felt like a little present from above.

But it’s ok, you can also go on a warm and sunny day 🙂 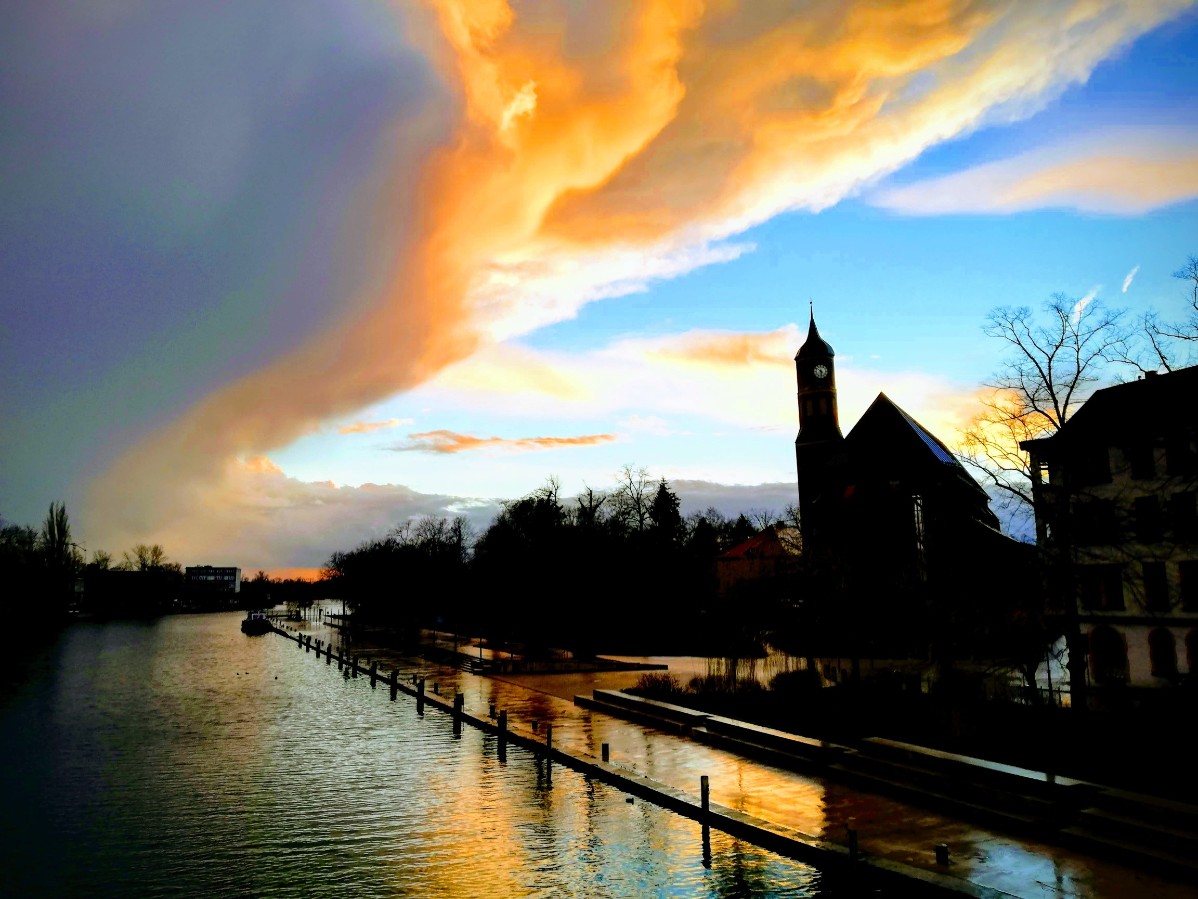