Winter in Berlin comes with heavy cold wind, cold showers of rain, snow, red frozen noses and sticky tongues on the metal handles of the doors. This might sound like a nice holiday time for..polar bears. But for me not so much.

So I jumped into an AirBerlin plane and told the pilot:

“Hey, coachman, take me to a hot and sunny place, bitte! Preferably Sahara.”

But the guy was nice and dropped me from the plane 500 km before reaching Sahara, on a gorgeous volcanic island: Gran Canaria!

This is the story in pictures of our first week in Granka!

After a 5 hours flight, I have set foot in Gran Canaria driven by one single thought:

I’m hungry! And so the chase for food began.

Very soon I have noticed there was a tough competition. Everybody on the island was searching for food.

After a while, I found a beach bar. But the guy at the entrance seemed pretty dehydrated and underfed. So I didn’t take that risk.

It was clear: I had no choice but hunt something myself. In the water:

The hunger was stinging so hard that a medusa suddenly seemed a delicious option: 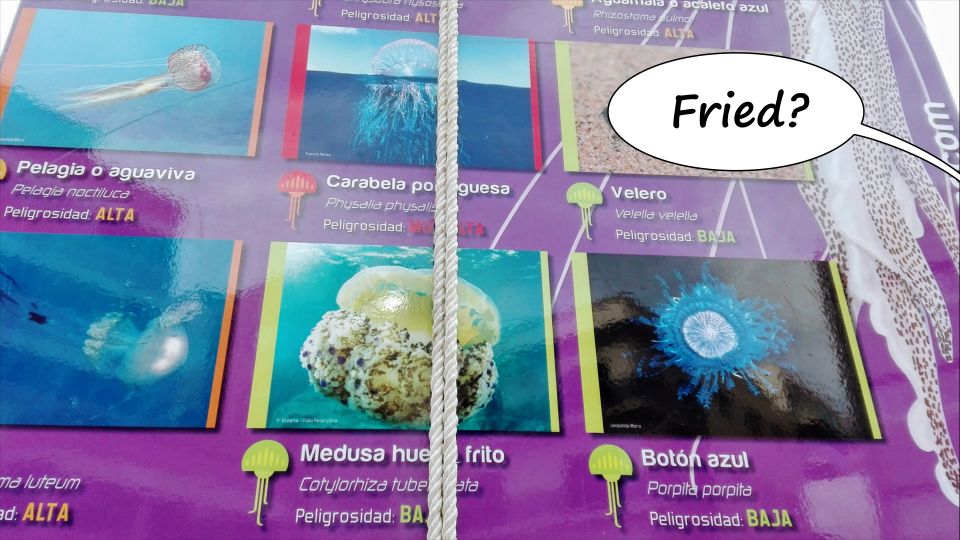 Everybody was laughing at me:

Including Santa Claus dressed up as  Fidel Castro:

And some aliens which disappeared quickly leaving behind just some small traces:

A few days later I have finally found some food. For my thirst 🙂

I emptied the bottles of beer in a blink of an eye which left some people in shock and Frieda Kahlo envious.

They called the police and the bomberos.

What shall I do?

I stole an old, shabby car and rushed through the city.

We managed to escape to Santa Catalina Park:

Where we have also found some bocatas

Dare to live your own adventure!